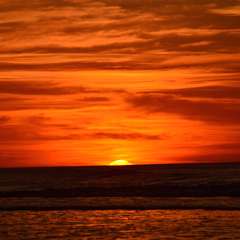 Address: East London - 66 Settlers Way, East London, 5201 , Eastern Cape. To check for other local car rental hire depot locations in East London, select search above.
Going off road or to some out of the way place? Why not have an adventure with a 4x4 or SUV. Here are some examples to compare prices:

5
Small cars that are easy to park, economy size is ideal for driving in those busy city streets. Here are some examples to compare prices:

5
Note: These are indicative examples only. For accurate car comparisons and prices, enter your dates into the search above.

Situated on the east coast of South Africa and conveniently located between Port Elizabeth and Durban, East London is one of South Africa’s smaller tourist destinations.

Of course, as it is situated on the coast, East London is home to stunning beaches including Gonubie, Nahoon and Eastern. These are some of the premier beaches in South Africa. Not only can you soak up the sun, but the city is a haven for watersports enthusiasts particularly kite surfing, wind surfing, surfing as well as fishing.

East London is the perfect base to see the rest of the surrounding countryside by rental car, particularly the ‘Wild Coast’, a section of coastline leading through the Transkei towards Durban as well as west down the ‘Garden Route’ towards Port Elizabeth, George and Cape Town.

Perhaps one of the more famous national parks in South Africa, Addo Elephant Park is home to a number of animals, with elephants a particular highlight.

Addo is the third largest national park in the country and is 180 000 hectares in size, taking in numerous diverse eco-systems.

Today the park is home to around 600 different animals from a wide variety of species. These include elephant, antelope, zebra, leopard, hyena, black rhino, buffalo and lions. In fact, Africa’s ‘Big 5’, all have a home in the park, while Addo is also the home of the ‘Big 7’ if you add the Southern Right Whale and the Great White Sharks found along the park’s coastline.

The largest city in the Eastern Cape region, Port Elizabeth is known as the ‘Friendly City’ to all South Africans.  Known for its relaxed way of life Port Elizabeth and incredible hospitality, the city is filled with excellent tourist attractions and activities.

It is also filled with national monuments and perhaps the best way to explore this is to undertake the Donkin Trail through the city. This follows in the footsteps of the 1820 British settlers who landed in the city and incorporates 47 different monuments in a 5km walking trail.

The birthplace and last resting place of Nelson Mandela, Qunu is a small rural village located in the Transkei region on the East Coast of South Africa. Although many modern facilities can be found in the villages in this area, a traditional way of life is still practiced by many of its inhabitants. They are very welcoming to tourists and more than happy to share stories about their daily lives.

Perhaps the most famous attraction in the village (other than Madiba’s homes) is the Nelson Mandela Museum. It is in fact spread across three areas, Bhunga in the nearby town of Umtata, Mvezo (his birthplace near Qunu) and Qunu itself (where he spent his childhood).

Other attractions in the area include the Dwese and Cwebe Nature Reserves and the Hole in the Wall, a famous rock formation on the coastline.

Accommodation options in Qunu are limited in the village itself although the Museum does offer overnight accommodation. Other options around Qunu include guest houses, bed and breakfast establishments and farms.

Cheaperthancars and Cheaperthanhotels offers great deals for both car rental and accommodation. This saves YOU money that can then be used to make your holiday even more special!